Photography has always played an important role on Britannia. While she was in service, there was always a 'Yottie' appointed, nicknamed 'Snaps', to take photographs of life on board the Royal Yacht.

In keeping with this tradition, we now have our own Photographer in Residence, Ruth Armstrong, who has been capturing our very own Weekly 'Snaps' - a collection of snapshots of life around the ship today.

You can find our special Yotties' Week Maintenance snaps by clicking here. 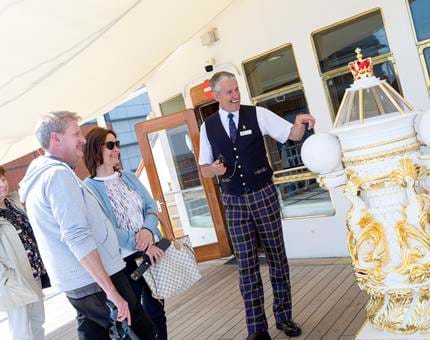 We were delighted to welcome the former Royal Yachtsmen on board for their annual working party. 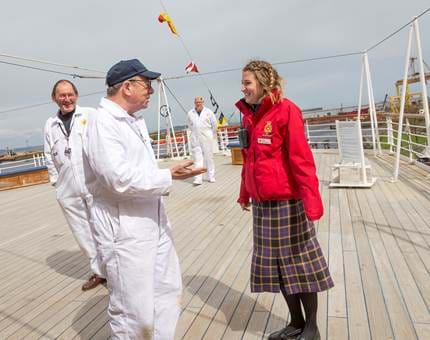 Emily, Visitor Assistant, chats to a Yottie on the Verandah Deck. 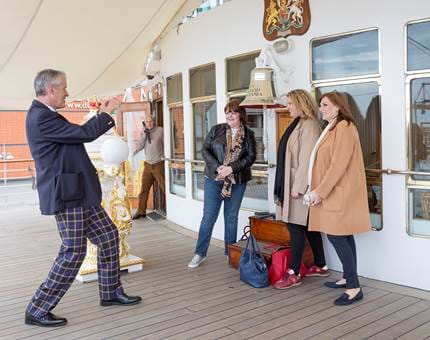 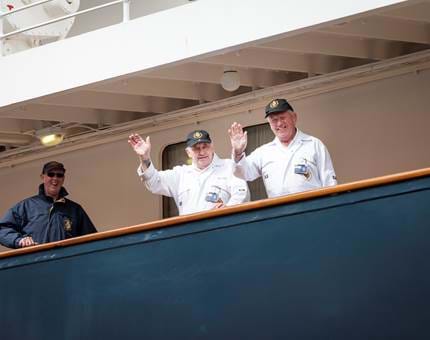 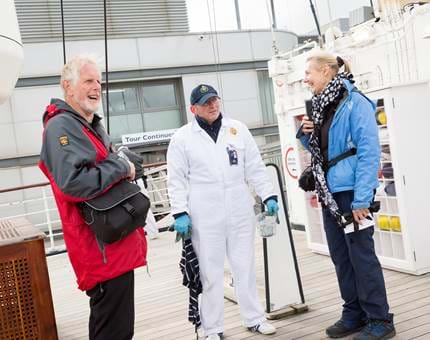 On the Flag Deck, Yottie, Mick, chats to visitors. 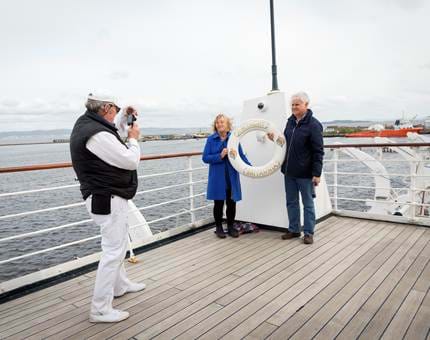 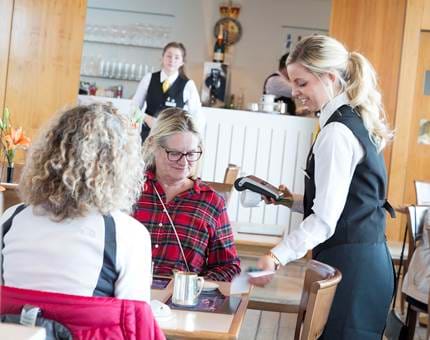 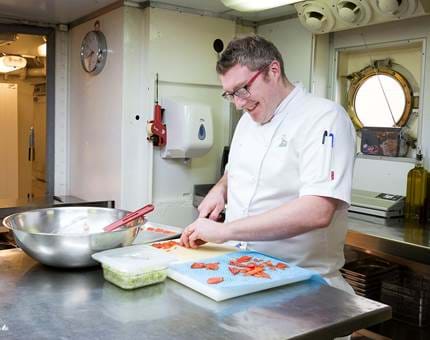 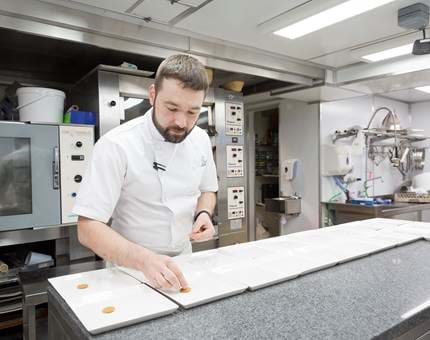 Michal, Junior Sous Chef, plating up a dessert, prior to being served at an evening event on board. 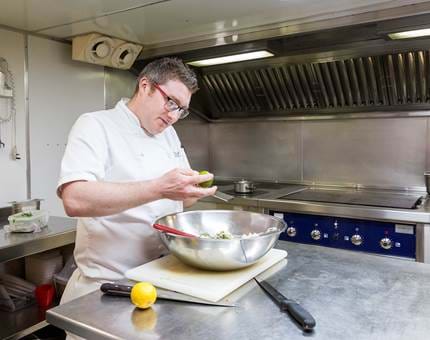 Head Chef, Richard, preparing the filling for our ravioli. 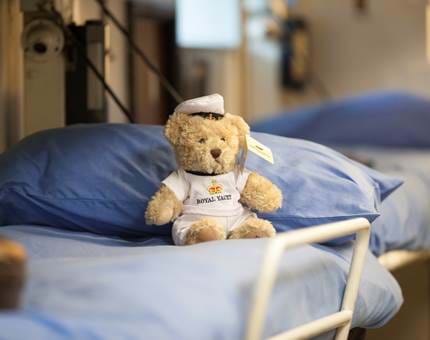 This month we are running our Yottie Bear Treasure Hunt. The bears are inspired by the former Royal Yachtsmen who served on board Britannia, also known as 'Yotties'. 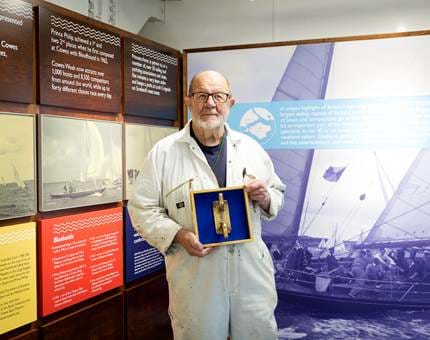 This award goes to a chosen Yottie, in recognition of the biggest contribution during the week. 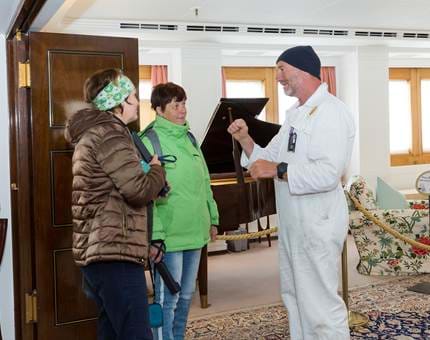 Yottie, Andy, chatting to visitors in the State Drawing Room. 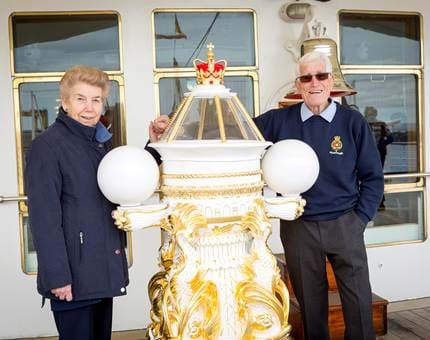 Former Royal Yachtsman, Brian with his wife Melita, who first met on board Britannia in 1958. 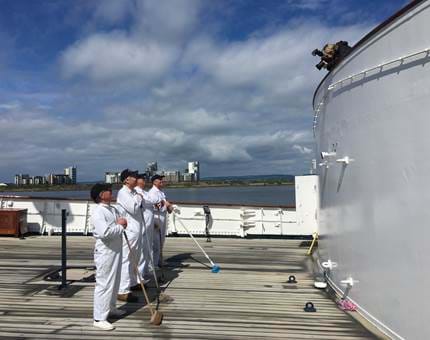 Photographer, Jane Barlow, capturing a shot of the Yotties on a sunny day in Leith. 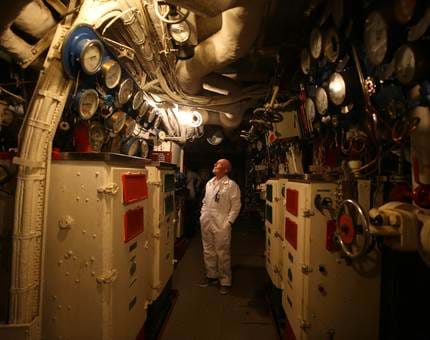 A quiet moment in the Boiler Room, reminiscing about time spent on board Britannia. (Gordon Terris) 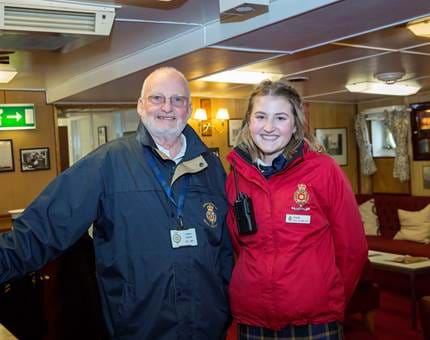 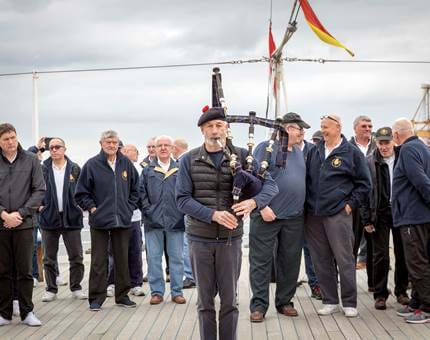 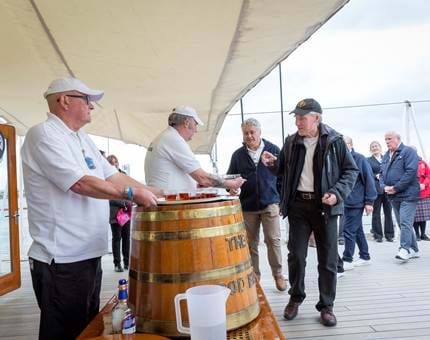 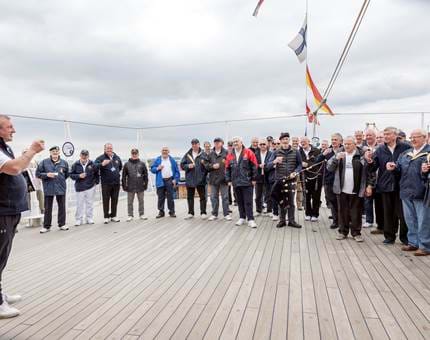 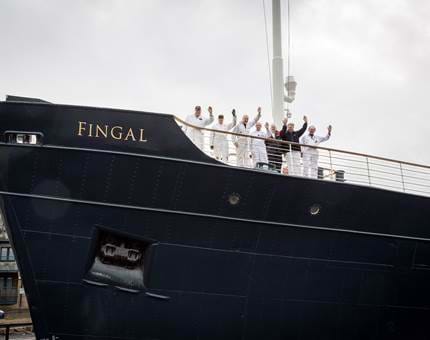 The Yottie’s Fingal team wave from the bow. 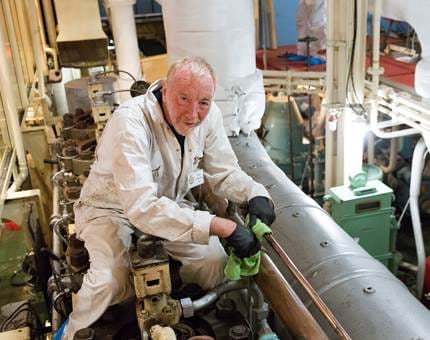 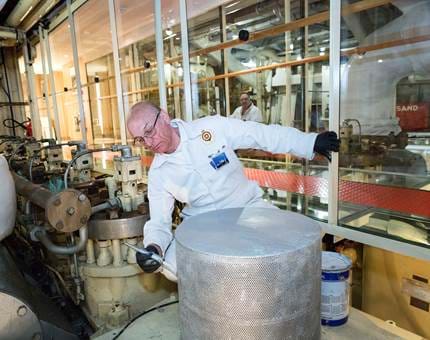 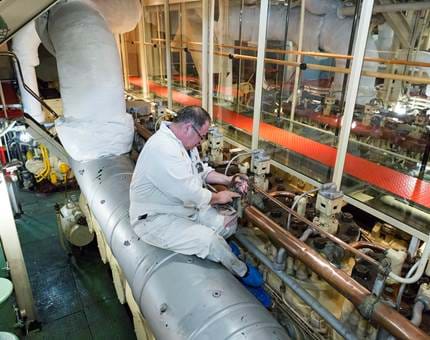 Polishing up the pipe work in the Engine Room aboard Fingal. 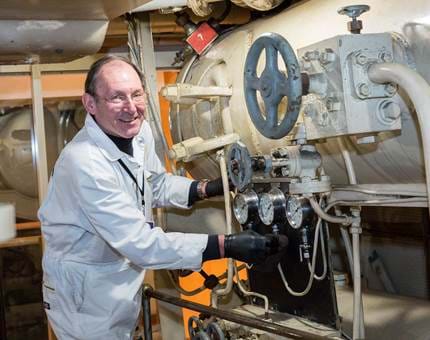 Ensuring the dials are shining. 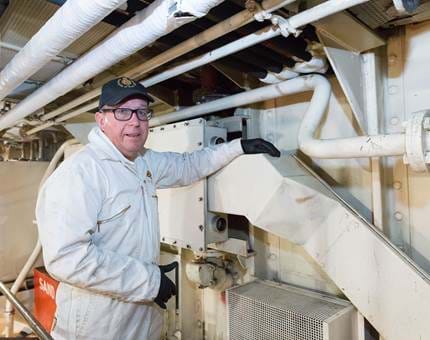 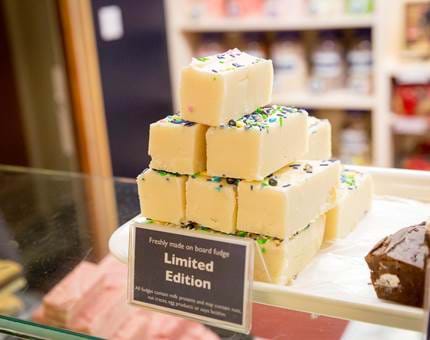 Our delicious flavoured fudge, to mark the birth of the Royal Baby, freshly made in the onboard NAAFI. 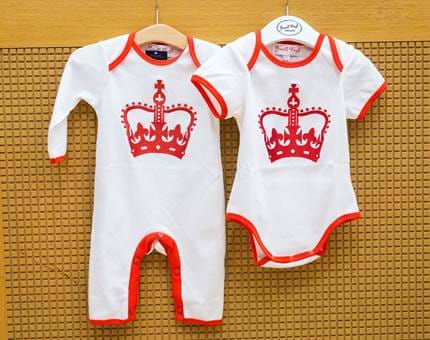 These baby grows are perfect for little princes and princesses. 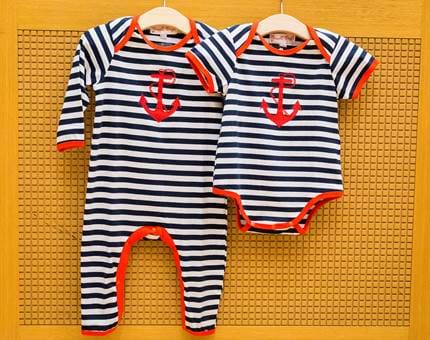 The nautical themed collection is by Powell Craft. 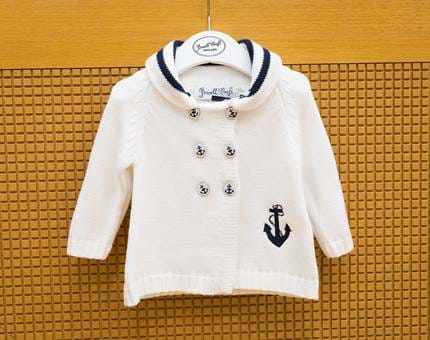 The clothing range includes this beautiful cardigan, all items are made of 100% cotton.

We are sorry to announce that The Royal Yacht Britannia is temporarily closed to visitors at this time.

We look forward to welcoming you on board when Government guidelines allow us to do so. Please keep checking our website and social media for further updates.

Should you wish to support our Charitable Trust, please click the button below. All donations, no matter how small will make a difference in preserving the Royal Yacht for future generations.