HMY Britannia was unique in that her Commanding Officer was always a Flag Officer, generally a Rear Admiral (however the first two were Vice Admirals and the last a Commodore). Having such a high ranking Officer as HMY Britannia's 'Captain' reflected the gravitas of the duties he had to undertake. In this respect, all crew (20 Officers and 220 Yachtsmen), were personally selected by the Commanding Officer.

Around half the ship's company were appointed for a two year tour of duty. The rest were hand-picked for permanent service and remained with Britannia throughout their naval career. Promotion on Britannia was slow as so many 'Yotties' turned down their natural promotion on to other Royal Navy ships to stay in their existing rank on board Britannia. Therefore, promotion for the 'Yotties' became known as 'Dead Man's Shoes' as they waited for the post holder to retire.

Duties ranged from ensuring the slope of the Royal gangway was never steeper than 12° to arranging the Royal flowers; from daily diving to search the seabed beneath the Yacht to polishing the silverware. In temperatures of up to 120°F, they manned Britannia's 'state of the art' Laundry, yet remained as pristine as the ship herself at all times; the Royal Yacht was one of very few Royal Navy ships that did not have a Chinese Laundry service. The junior Yachtsmen also had the arduous task of scrubbing the two-inch thick teak decks each day to keep them in perfect condition. They were also called on to work at the many prestigious state banquets and dinners held on board. 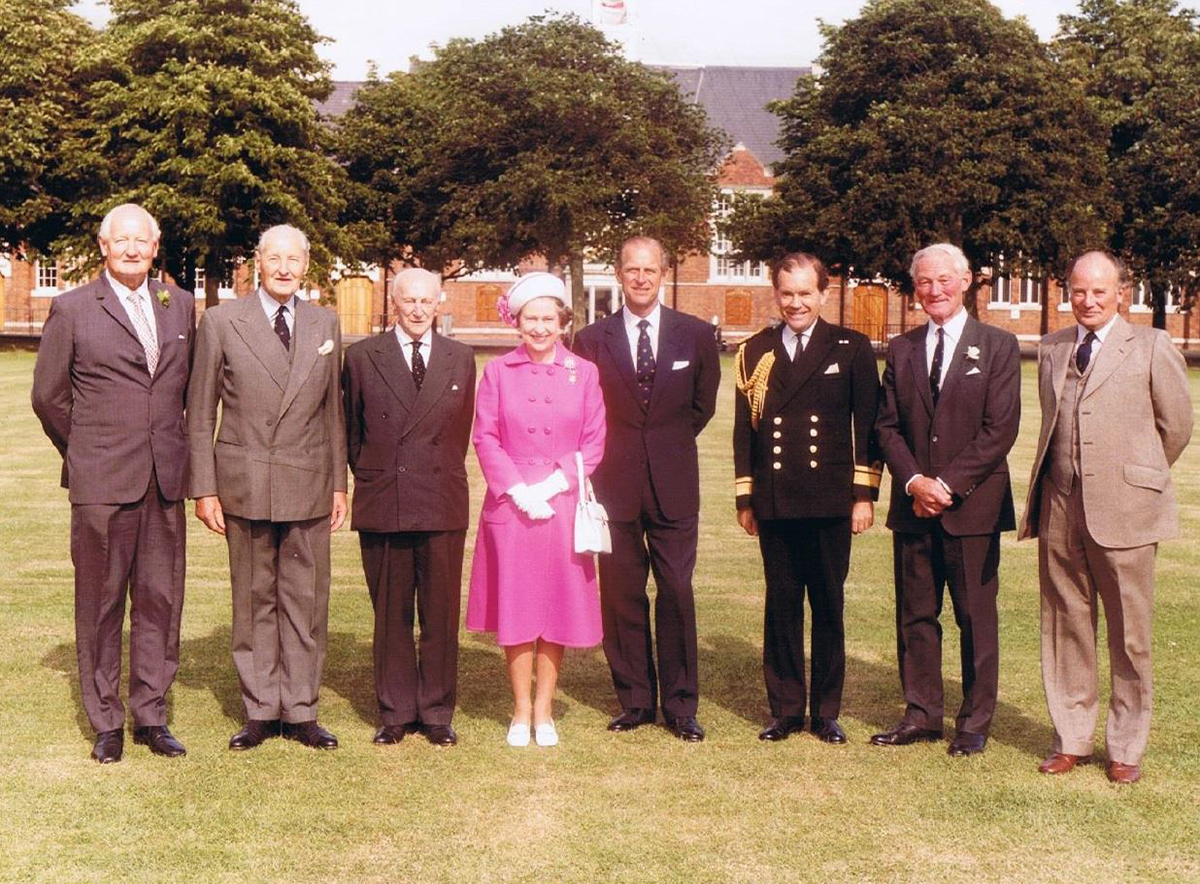 Either side of HM The Queen and HRH The Duke of Edinburgh are former Flag Officer Royal Yachts (FORY). From the left they are: