Life aboard as a Royal Yachtsman 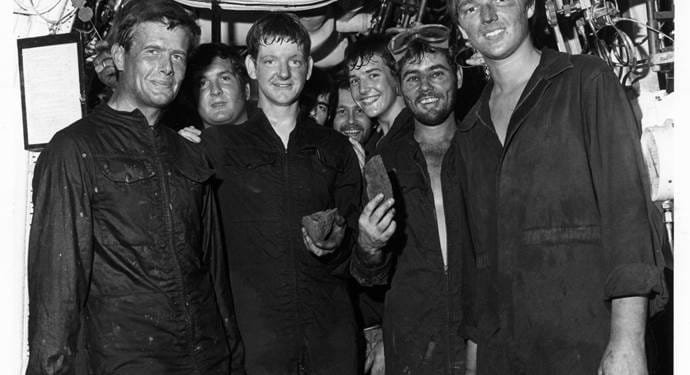 During Royal Service, there could be over 220 Royal Yachtsmen working on board at any one time, affectionately nicknamed Yotties. Hand-picked to meet the very highest standards, each and every sailor chose this special ship for the honour and privilege of serving Her Majesty The Queen and country. To get a real insight into life on board, we chatted with former Royal Yachtsman and CPO Engineer, Dave Rushforth, about his time on the Royal Yacht.

What was your role on The Royal Yacht Britannia and how long did you serve?

What was it like to join the crew of The Royal Yacht Britannia?

For me, as the youngest CPO on board at the time, it was more a question of the other CPO's accepting me. There is no question that I was made very welcome, but still felt that I had to 'earn' my spurs and prove myself a 'Yachtsman'. This of course took a little time, but I won through in a matter of a few months and it was just a brilliant place to be.

What was a typical day like on board for you?

When in harbour the day was spent completing maintenance on the machinery that could be worked on, ensuring that the ship was always ready for sea and Royal Duty. During seagoing duties, I was Chief of the watch below, literally driving the main engines and generally ensuring that all main and auxiliary machinery were running correctly. On top of that I was responsible for the watertight integrity of the ship and the firefighting teams. 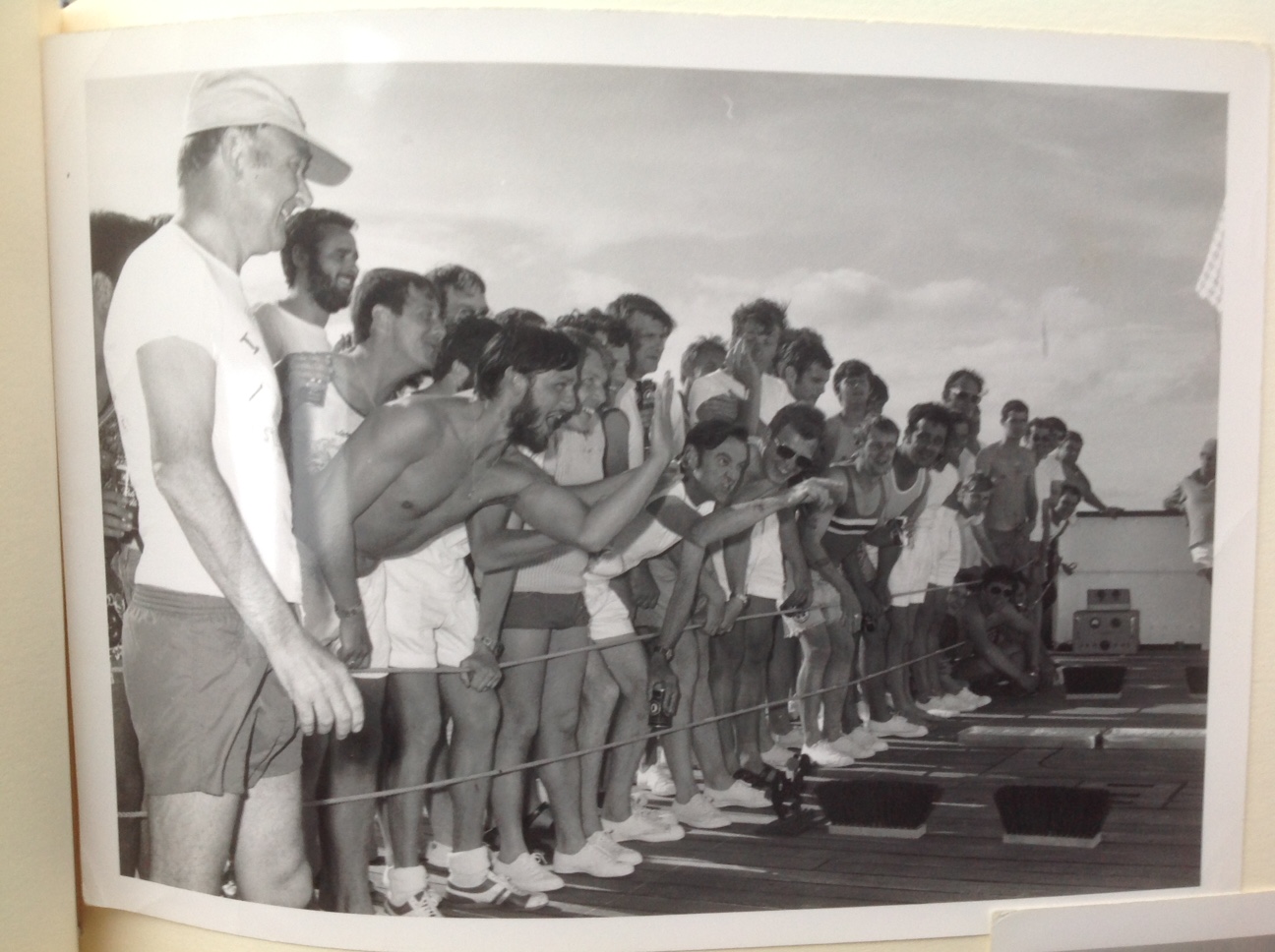 Wow, that sounds like a lot of responsibility! What was it like to serve on board for the Royal Family?

Extremely humbling to know that the Royal Family were on board and when on watch down in the Engine Room, to know that they were only a matter of feet above your head. Knowing that their safety and integrity was part of our responsibility, made it so special.

Do you remember meeting Her Majesty The Queen for the first time?

The first time I met Her Majesty was during the Western Isles tour of 1976. We had returned from the State visit to the USA for the Bicentenary celebrations and all the Royal Family were on board. Indeed, it was HRH the Princess Royal’s birthday and she was presented with a cake on the Royal Deck as she mixed with the crew. On that same trip, the crew not on watch below were presented to The Queen on the Royal Deck.

What is your favourite memory of your time aboard?

All the time on board was special with each individual trip or visit adding its own ingredient into the Royal Yacht experience. The Silver Jubilee in 1977 was in particular very special as we sailed 44,000 nautical miles that year and took the Royal Family all-round the Commonwealth countries. It was always a real pleasure and excitement to carry out a Royal duty and see how the Crowds gathered and showed their appreciation of HM the Queen. That was topped off by partaking in Royal Concerts in front of the Royal family and then meeting them after the show.

44,000 nautical miles in a year, that is a phenomenal achievement! Where was the farthest destination that you sailed?

The furthest place from the UK was Wellington in New Zealand which we visited in the Jubilee Year. Once you reach there you are basically on your way home again!

It’s not long now until Christmas, were you ever on board over the holidays?

I was never on board at sea over Christmas however I did spend New Year on Britannia in 1976 on our way to pick up the Royal Family in the Pacific. The Ship's Bell was rung 16 times at midnight. 8 Bells for the end of the 4-hour watch and 8 bells to celebrate the new year. So you could say that we rang out the old and rang in the new. That was normal on all Royal Navy ships and Establishments but quite nice to do it at sea halfway across the Atlantic. 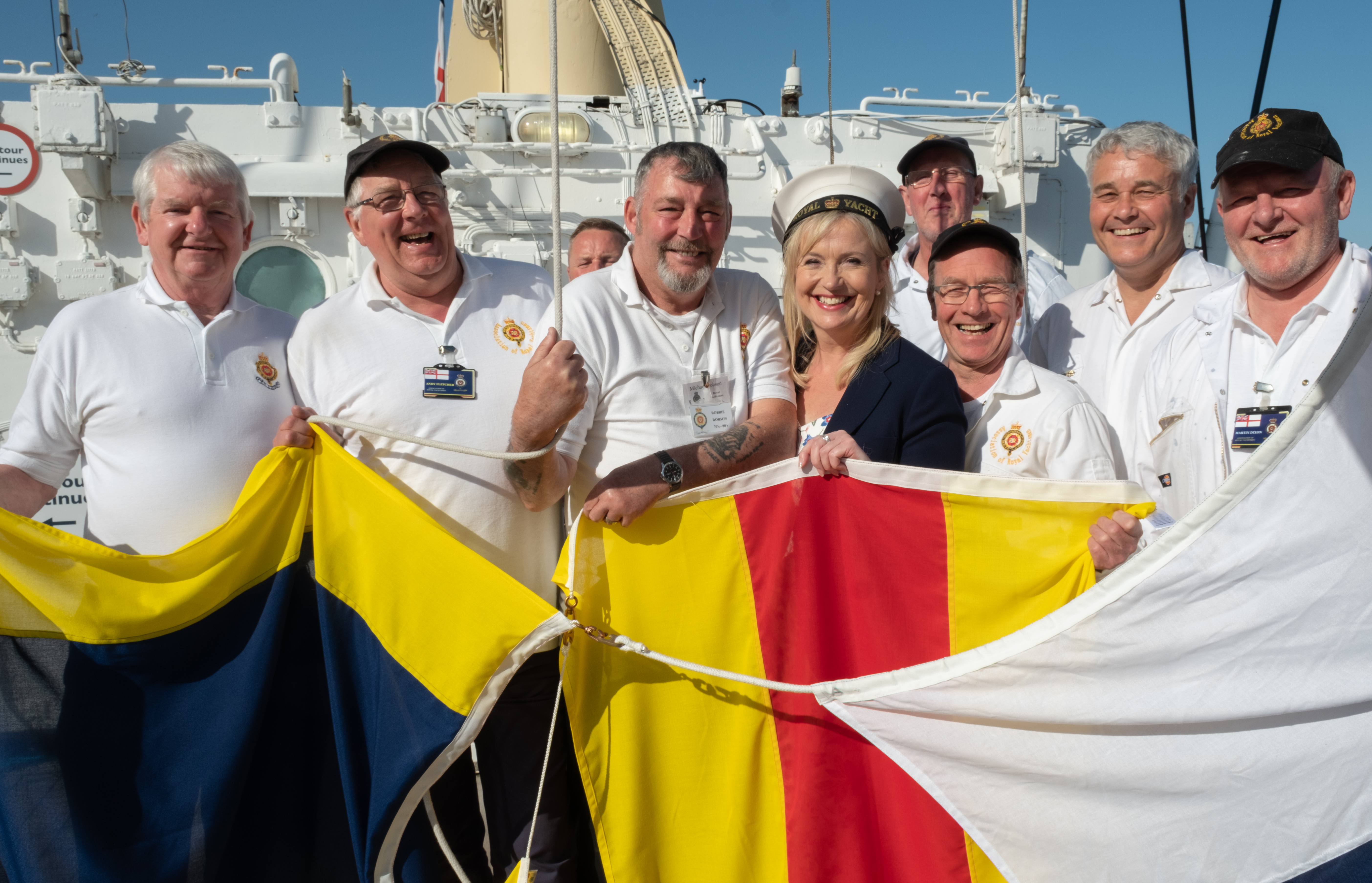