Photography has always played an important role on Britannia. While she was in service, there was always a 'Yottie' appointed, nicknamed 'Snaps', to take photographs of life on board the Royal Yacht.

In keeping with this tradition, we now have our own Photographer in Residence, who has been capturing our very own Weekly 'Snaps' - a collection of snapshots of life around the ship today. 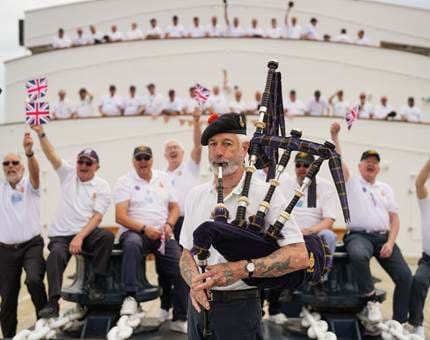 We welcomed the former Royal Yachtsmen, Yotties, back aboard Britannia this week for their Annual Working Party. 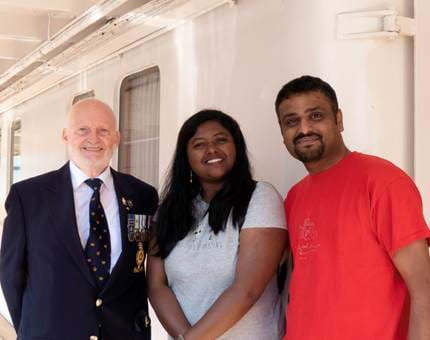 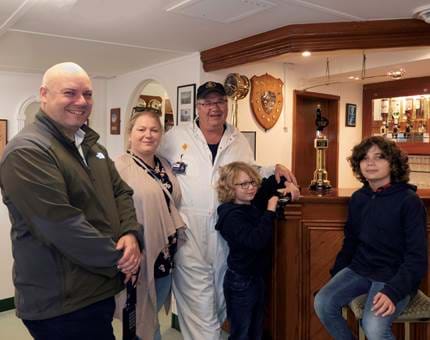 In the Chief Petty Officers’ Mess, Yottie, David Broom, has a photograph with visitors. 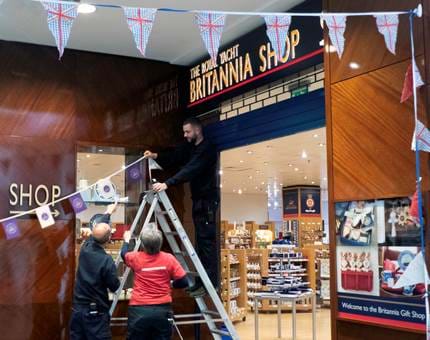 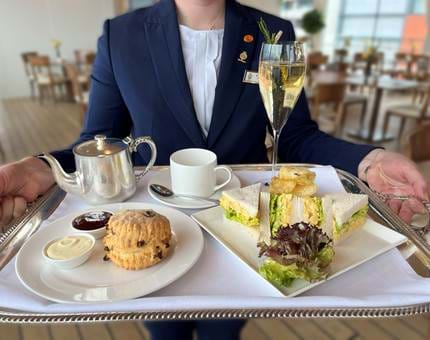 Our Platinum Jubilee Cream Tea special can be enjoyed in the Royal Deck Tea Room this week. 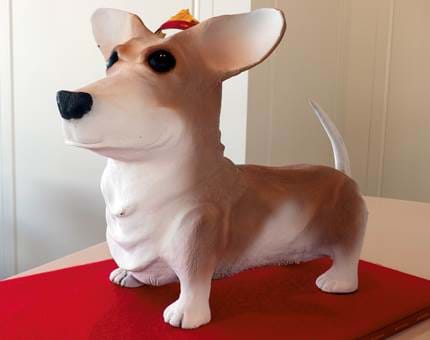 Keep a look out for our chocolate corgi on display in the Tea Room, expertly created by Executive Pastry Chef, Stephen. 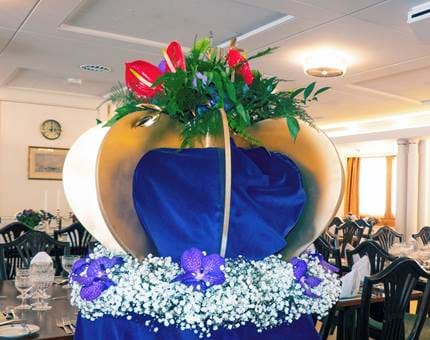 A floral crown can be seen in the State Dining Room to mark HM The Queen’s Platinum Jubilee. 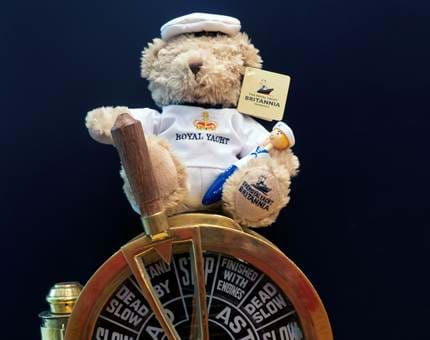 In the Gift Shop, we feature Yottie inspired items including our Yottie Bear and pen. 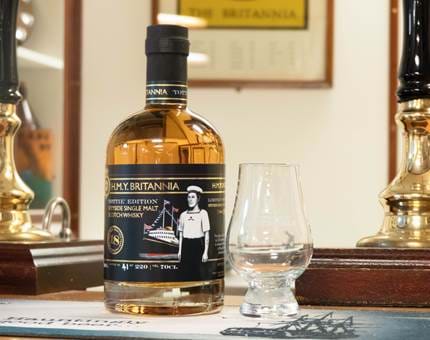 This Special Edition 18 year old Speyside Single Malt Scotch Whisky, limited to 220 bottles has been created in tribute to the Yotties. 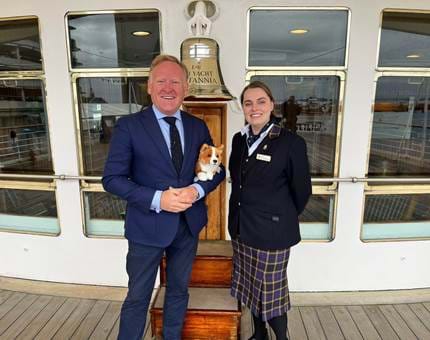 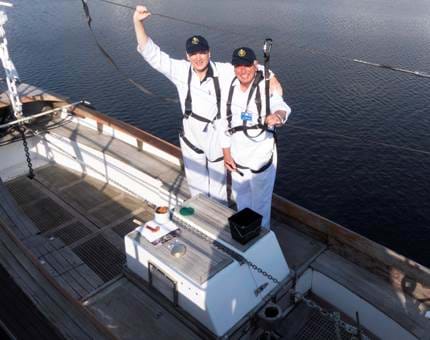 Keith Thomas and Ian Wrightson posing for a photo as they work on the starboard whaler. 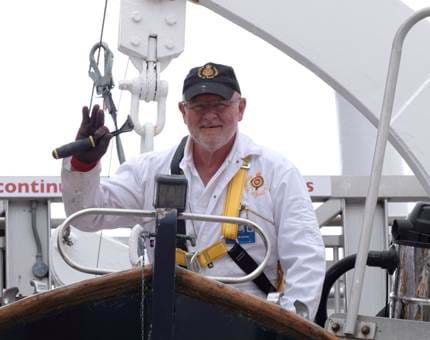 Martin Dixon waves to our Photographer in Residence as he carries out his duties. 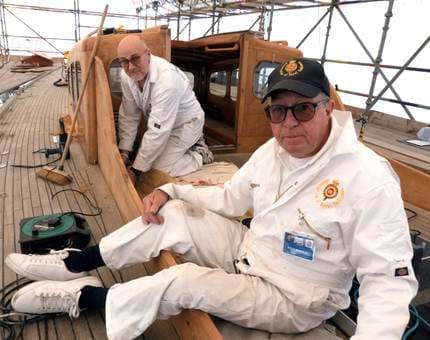 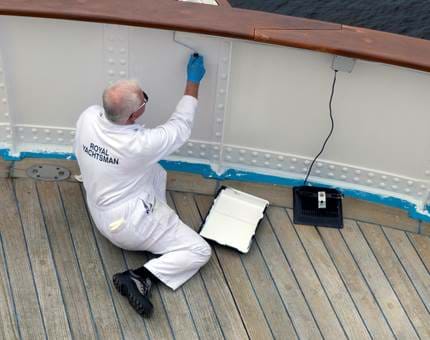 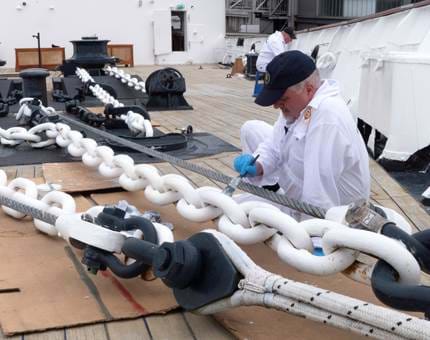 Stuart Boyd painting the chains on the Fo’c’s’le Deck. 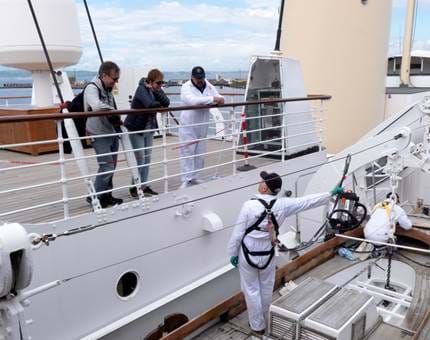 Visitors chatting to the Yotties as they tour the five decks of Britannia. 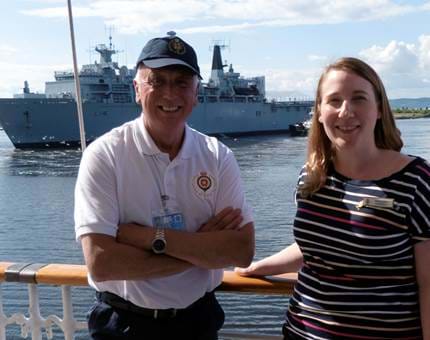 Our very own Photographer in Residence, Ruth, with Ian Wrightson who was ‘Snaps’ during his time on board. 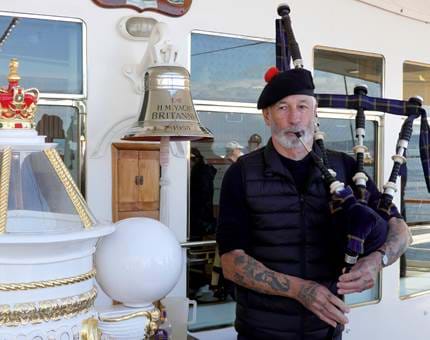 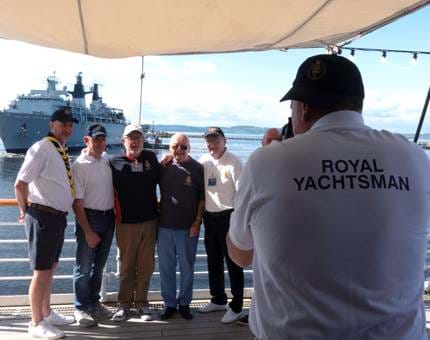 A group of Yotties having their photograph taken, as HMS Albion docks in the Port of Leith. 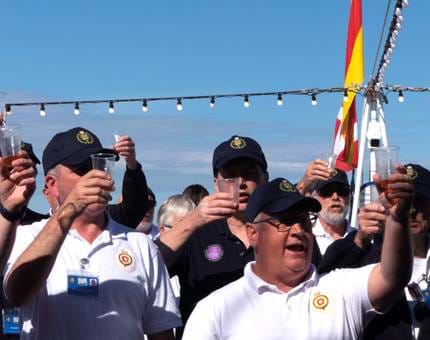 The Yotties raise a glass during the rum tot ceremony. 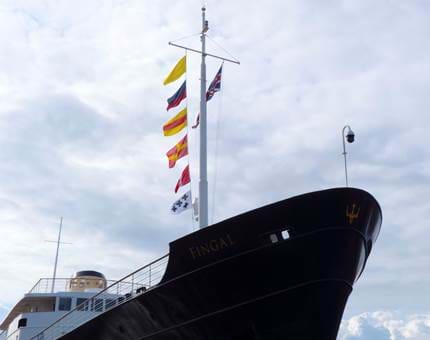 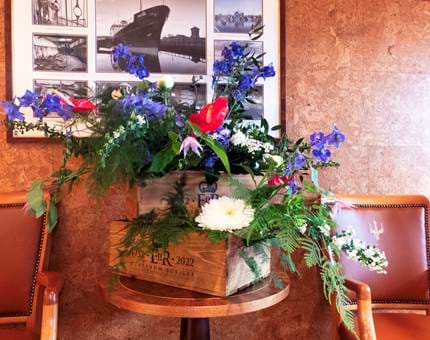